Young people are using their voice to hold those in power to account.

There is a new wave of youth-powered innovation, organising and change taking place around the world. Fridays for Future, Black Lives Matters, End SARS, Reclaim the Streets and many more movements are led by young people and creating global change at pace.

We have seen that when young people have a voice – whatever their circumstances – they can shift power and create new pathways for achieving a more just and sustainable future.

Restless Development supports young people to ensure their voices are heard and to challenge increasing threats to democracy and civic space around the world. Young people have the right to influence the political and social structures around them – and to demand protection and respect from the state to assert these rights.

Our power does not lie in fists, our power lies in our voices. Use your voice to challenge them about what they promised you.

We empower young people so that they not only understand their democratic rights, but are also able to lead in holding decision-makers to account. Our approach to this is simple; we empower young people with the data, skills and networks, and connect them to meaningful opportunities to engage with decision-makers, improving service delivery and policy implementation. Beyond this immediate impact, youth-led accountability initiatives are also changing how an entire generation engages with their governments.

We have supported thousands of young people to influence those in power and bring about positive change in their communities. We have supported them to increase their knowledge and skills needed to do this, to engage in democratic processes, and ultimately to impact on decisions made.

375
changemakers in India advocating for gender equality
19,560
young people in Tanzania trained in their rights through civic education

In Sierra Leone 78%  of the young leaders we have worked with through the Public Financial Management programme increased their knowledge in areas such as corruption. and the tax system.

In Zambia, through the Ishiwi ‘My Voice’ programme, we have provided young people with an accessible media platform, including radio, so that they can learn about civic and governance issues. An evaluation of the programme confirmed that it has increased the participation of young people in democratic processes, with 42% more young people participating in ward development committees.

In Uganda, 48 advocates involved in budget monitoring activities in the past year generated evidence that resulted in decision makers acting on various commitments, such as providing extra support to farmers and improved facilities in primary schools.

In Tanzania, accountability advocates as part of the Kijana Wajibia programmes mobilised and trained 19,560 young people in their rights and responsibilities through civic education sessions, and shared research on youth issues in dialogues with stakeholders. 75% of the young people involved in the programme are now holding their government to account, and there has been a 38% increase in the responsiveness of decision makers to issues raised by young people, especially women. 20% of youth and women reported strengthened capacity and motivation to take up leadership roles in the political sphere and run for future elections.

Across India and Tanzania 56 Accountability Advocates engaged a wider pool of 375 changemakers to drive accountability for family planning and gender equality. This work saw real inroads into young people’s impact on systems change at the government level, and 90% of advocates expressed an interest in continuing their work beyond the project.

We have also worked with young leaders at a regional and global level.

We played a critical role in ensuring that the voice of young people influenced the formation of the Sustainable Development goals. We held consultations with 346 young people across 12 countries, discussing the local and global issues of importance to them. An external evaluation found that we played “a key role in helping generate and continue momentum for young participation in the post-2015 process”’.

We went on to support a network of 20 Accountability Advocates around the world to develop national accountability frameworks in seven countries, producing this step-by-step guide for monitoring, reviewing and seeking accountability for SDG delivery.

Through our Youth Power Panel, eight panellists from eight countries are uniting to deliver on the promises of the Global Goals. They campaign and support other young people to help ensure leaders are delivering, challenging power dynamics and championing inclusion, accessibility and accountability.

In collaboration with the Open Government Partnership and in partnership with Accountability Lab, we co-convene the OpenGov Youth Collective. This is a global network of young advocates who are working to promote more transparent, participatory, inclusive and accountable governance in their countries.

More from our Voice and Democracy work. 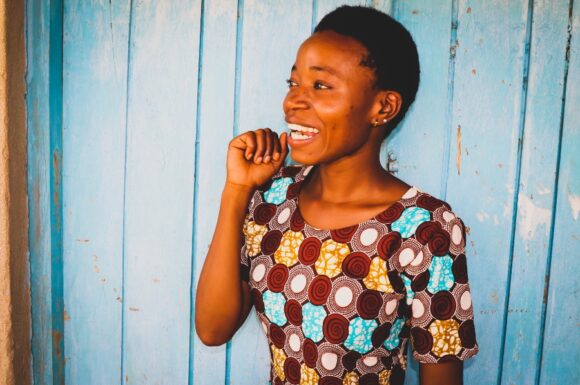 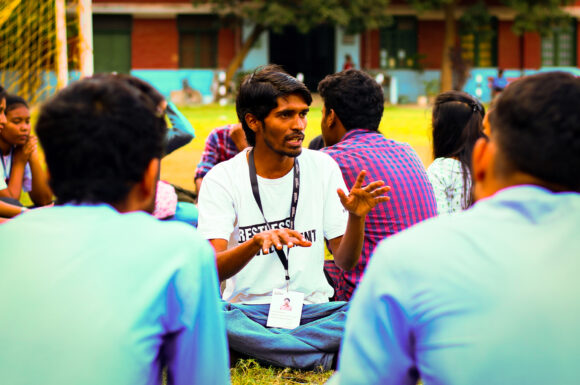 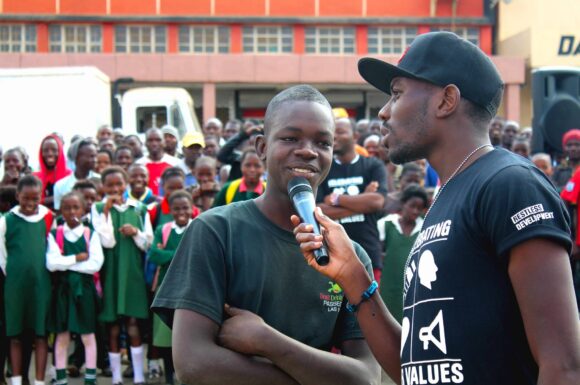