At the savings group, it’s like we are one family.

Under a shady tree in rural Zambia, members of Katondo community gather around a small metal box hidden in a scarf. They carefully unwrap the box and unlock the padlock that seals it shut.

Out of the box comes cash, a large notepad, a pencil and cards with numbers on them – essentials of any community savings group.

Theresa, a 25 year old single mother, is secretary of the savings group and runs her own business.

In my community savings group there are 21 members. I am in the Progress group, that’s the name of our savings group.

Members of the group meet once a week and together agree new loans for members. The loans pay for things such as school fees, food, or to invest in new businesses.

At first there were few [customers] because I only sold caterpillars and fritters. I would buy a 10kg bag of flour, and I would get maybe a profit of 20 Kwacha [roughly £1.30].

But Theresa had ambitions to grow her business and a loan from the group made it possible.

I borrowed 400 Kwacha [roughly £25] from the savings group and started ordering washing soap, tomatoes, beans and charcoal. Now [since the loan] I am selling at least three to four different commodities and the number of customers has increased. In a day I can get up to 15 to 20 customers. When we do not have electricity or food in the house I use part of the money I make from my business to buy them.

As her business grew, Theresa’s monthly income increased. She started making a profit of 200 Kwacha [roughly £12.30] per month, which she used to build a small shop outside her home.

My childhood was very difficult. I grew up without a father. I started  going to school but at some point my mother had problems with money so I had to stop going to school and started working. Due to the stoppages in my education I did not do well in some subjects so I could not go to college.

Using her profit Theresa has been able to return to school and has already retaken four subjects.

I have gone back to school because if I get an education I might get a job and even start a business which is bigger than this one. I could secure a future for myself and also help others.

Theresa doesn’t want her daughter, Shekinah, to have the same interruptions to her education.

She wants to continue using the profits earned from her business to support her family and eventually pay for Shekinah to attend school when she is old enough.

Learning from another Young Person

Before becoming secretary of the savings group, Theresa received financial literacy training and support from Karen, a Restless Development volunteer.

Karen, 26, who grew up in Katondo, and now lives in a neighbouring community, supports roughly 75 members in three community savings groups. She meets each group once a week.

I facilitate lessons [in financial literacy] and run community savings groups. The impact on young people has been great. They are able to come up with businesses, understand how to borrow and not waste money.

My goal is to see the Savings Group become independent.

Karen’s financial literacy training and the community savings groups are organised through Restless Development’s “Tusunge Lubono” (Let’s Grow our Wealth) project. It aims to recruit young leaders in communities who train other young people so that they can support each other to make a decent living.

Learning from another young person has been important for Theresa.

Things are easily understood because you’re encouraged and free to ask any questions that you want from a fellow young person.

We learnt how we could teach our friends to also save money, so even if Karen goes, I can also form a group and start teaching other people how to save money.

When we are at the savings group, it’s like we are one family

This project is funded by the Swedish International Development Cooperation Agency (SIDA) and is run in partnership with the Financial Sector Deepening Zambia (FSDZ).

More from our Zambia Hub 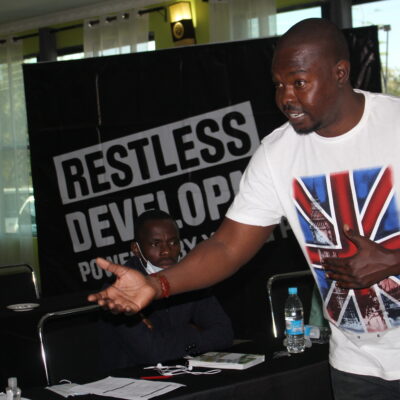 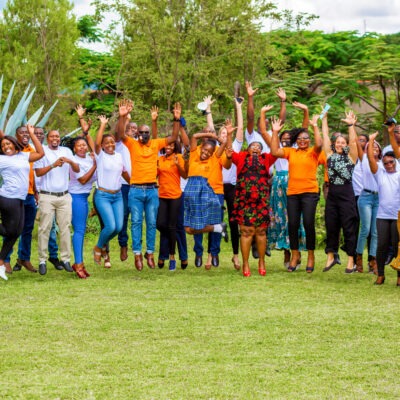 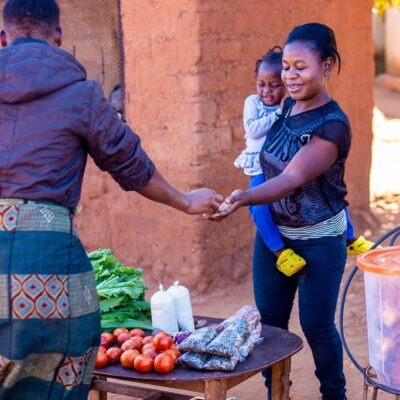 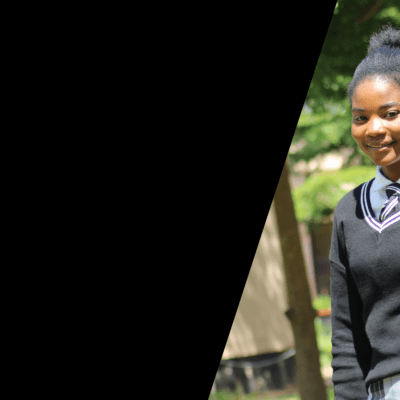