Agness Malunga, 22, is a football player who plays for a youth football team in Katuba, a rural community in Mkushi District, Central Province, Zambia.

Growing up, Agness always played football – a male-dominated game in her village. Often, she got discouraged from playing as she was expected to be at home helping out with house chores.

“My interest in football started when I was in primary school, in fifth grade. During lunch breaks, I used to play football on the soccer field. It was very entertaining and I felt happy each time I played.’’

Now at the age of 22 and a single parent, Agness is using football to train other young people and share sexual health information on contraception, Sexually transmitted infections (STIs) including HIV testing.

In Agness’s community, teenage pregnancy and early marriage are problems facing many girls. The vast majority of girls are enrolled in primary school. Once they reach secondary school, many are forced to drop out and are married off to support their families financially.

“There are few options for young people to lead fulfilling lives here. Due to this, many young people are forced to partake in illegal behaviours like drug use and unprotected sex.”

In 2021, right after entering the 10th grade, the third year of secondary school, Agness became pregnant. On discovering Agness’s pregancny, her mother had little choice but to push her to quit school and get married. Agness’ mother, a small-scale farmer, would then receive five cows as a gift in exchange.

In Zambia, young girls that fall pregnant face stigma which forces them to drop out of school. Eventually, they are married off in exchange for cattle, a practice most prevalent in very poor families.

All my dreams were shattered. The thought of getting married at an early age left me broken.

Many girls in her community tell a similar story: living in vulnerable households, becoming pregnant, which ends their regular schooling immediately. Very few girls return to school after giving birth in rural Zambia as getting pregnant means a start to marriage for many.

This changed when football drills were introduced in Agness’s neighbourhood by Restless Development and Tackle Africa. Girls like Agness, who had dropped out of school after becoming pregnant, were enlisted to play football and were given training on how to use football drills to improve sexual health education.

“The impact on young people has been great. They are able to access contraception such as condoms while playing football.’’

In addition to encouraging teamwork among the players, the football drills also include information on how to obtain contraceptives like condoms and HIV testing. The Box to Box drill, which enhances players’ dribbling abilities and increases their understanding of the proper and consistent use of condoms to lower the risk of contracting HIV and unintended pregnancy, is Agness’s favourite exercise.

“My vision is for every young person to have access to contraception in order to prevent early marriage and pregnancy.”

Learning from another Young Person.

Before becoming Captain of the football team, Agness received football drills training and support from Christine, a Restless Development volunteer.

Christine, 21, who grew up in Mkushi, and now lives in a neighbouring community, supports roughly 23 members in one community football team. She meets each group once a week and facilitates football drills in order to improve the uptake of sexual health information.

“Our sessions don’t just provide young people with knowledge. We also work to develop resilience and the confidence to have safe sex or refuse sex altogether. For young women especially, that can be a difficult conversation in a male-dominated society, and it’s often not something girls even think is an option.”

It’s powerful when a game like football can show players that they don’t need to engage in sex if they’re not ready.

Another football player named Mumba stated, “I had never gone for Voluntary Counselling and Testing (VCT) before the football drill sessions. I was too shy to visit the hospital and undergo testing. After attending the sessions, I went for VCT and now understand how important it is for everyone to be aware and lead healthy lives.”

Thanks to the drills, Mumba understands that taking VCT does not necessarily mean that one has been engaging in unprotected sex.

“This was my understanding prior to the test, which is why I was afraid to do it and was also unprepared for the findings.”

Agness owes her footballing career to Coach Mweenge who nurtured her interest in football from a young age.

Agness’s dream is now to return to school and play for the Zambia National Women’s Football Team at the FIFA World Cup alongside her favourite football player, Barbara Banda. 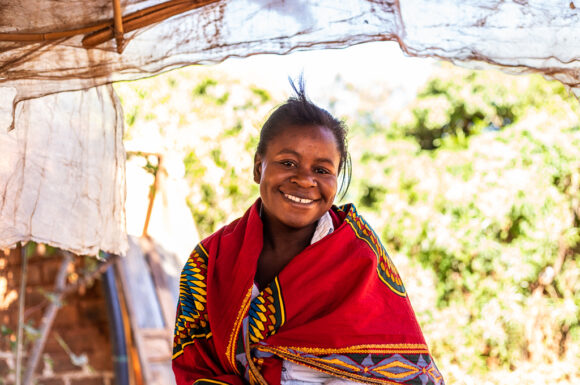 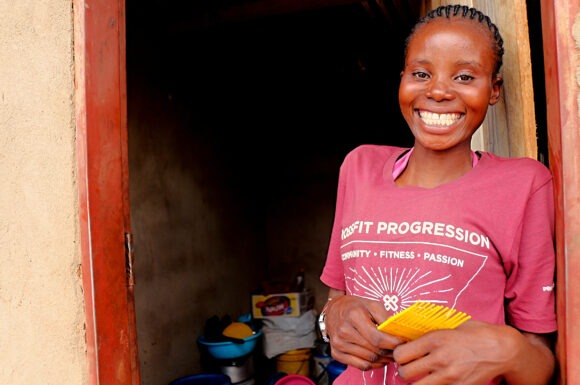 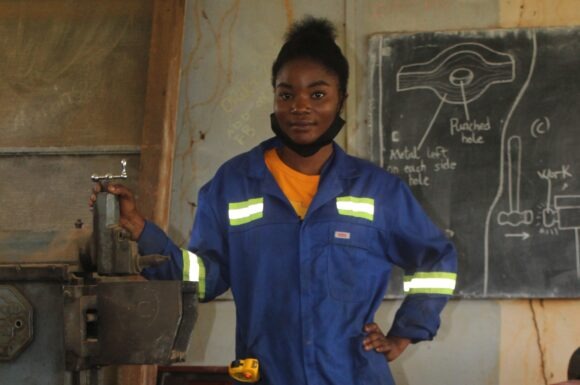