Adolescent girls and young women are disproportionately affected by gender-based violence, especially those who are displaced, live with a disability or HIV, and/or who identify as lesbian, bisexual, transgender or intersex.

That is why during this year’s 16 Days of Activism against Gender-Based Violence we want you to meet some of the inspiring activists who are part of our We Lead program.

Young people are often shut out of decisions that affect their access to sexual and reproductive health and rights (SRHR) information and services – especially in the case of young women. Many are also at the intersection of multiple stigmatized identities, such as young refugee women with a disability or with HIV.

As part of We Lead, we are working with young women and girls who are engaging with local organisations to establish communities of action. These communities of action (CoAs) are made up of multiple organisations representing different rightsholder groups. Jointly, they have come up with action plans to help more young women claim their sexual and reproductive health and rights.

Our core values, behaviours and practices as the We Lead Consortium are based on feminist leadership; we work through relationship not structure and power.  We believe that when young girls and women, who are ofen traditionally excluded are given agency and a voice,  they can fully claim their sexual health and rights. We Lead is offering them this platform to fully lead in decision making, designing and implementation of their advocacy actions.

To mark 16 Days of Activism, meet some of these inspirational women.

One particularly stigmatized group are young women living with HIV. Keren Dunaway has been fighting this stigma and discrimination since the age of eight by educating and sensitizing her community in Honduras about HIV. When she was eight, Keren helped launch the first edition of Llavecitas Magazine, the only magazine in Honduras created by and for children and adolescents living with HIV.

“Throughout my life, I have witnessed injustices that affect women’s sexuality and our right to choose. They all revolve around women’s lack of autonomy and enabling circumstances to make decisions about our bodies and our sexuality.”  She explains further: “Despite the fact that young women represent about 41 percent of those living with HIV in Latin America, their plight and the barriers they face aren’t visible. Our ability to participate in designing, implementing and monitoring public policies and programs is limited because we aren’t recognized as a key population, and our specific needs aren’t a priority for the government.”

Keren now works for LLAVESS, an organization that uses strategic communication for HIV prevention and advocacy.

Another often ignored group are displaced women. Sara Barakji is working to change this with the Palestinian Women’s Humanitarian Organization in Lebanon.

“Most women inside the Bourj al Barajneh refugee camp are deprived of basic rights like education and health. That’s why I’m excited to work in this field and help women claim their rights and prioritize their health.”

“Under the concept ‘Know your body,’ we’re educating young women and girls from the age of 12 to get to know their bodies. It’s important they have accurate information about things like menstruation, also to overcome taboos and stigma related to women’s health.”

Lack of information is a common thread when it comes to SRHR for young women. That is why Vision Spring Initiative in Nigeria works to educate young women and girls so they can make informed decisions. Oluwatobiloba (Tobi) Ayodele works there as a Program Officer, overseeing projects that disrupt patriarchy and enable equality for women and vulnerable groups.

“Young women still need to overcome many obstacles to achieve full sexual and reproductive health and rights. From facing economic inequality and all forms of violence to the impacts of climate change, young women continue to be at higher risk. So it’s imperative that young women take the lead in designing, implementing, and monitoring SRHR programs to promote health. They are the ones who can most effectively address root causes and make a positive shift in duty bearers’ attitudes.”

“My proudest moments are when young people in all their diversities have access to opportunities without discrimination or tokenism.”

Throughout the 16 Days of Activism, follow #WeLeadOurSRHR on social media to meet more We Lead Activists fighting gender based violence.

Want to find out more from the young activists involved? Join the We Lead Community of Action Facilitators for a Twitter Takeover where they will share and reflect on their leadership journey working to advance SRHR and end gender based violence across Africa, MENA and Central Africa.

This year’s 16 Days campaign focuses on femicide: the killing of women because of their sex and/or (perceived) gender. Due to the lockdowns and other Covid-19 measures, there has been a surge in femicides over the past year – especially of trans women. This unfortunately has affected the We Lead community. Last June in Guatemala, two activists from organizations belonging to the We Lead community of action were killed: Cecy Caricia Ixpatá, a member of RedTrans, and Andrea Mutz Gonzáles from OTRANS-RN.

Andrea Gonzáles was an advocate for sexual and reproductive rights, an advocate in the fight against climate change, and an advocate for the human rights of trans women and the LGBTIQ+ community. Her murder remains unpunished since the prosecution has not yet carried out an investigation to apprehend the murderer. 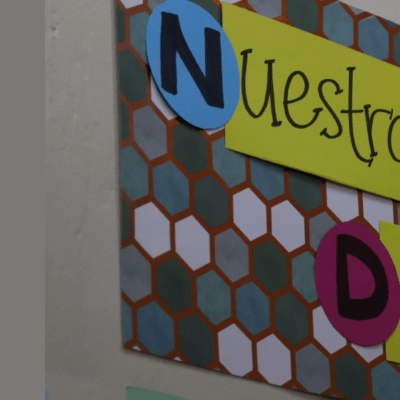